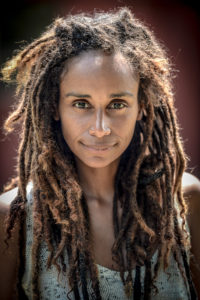 Sylvia Maier attended the School of Visual Art, The National Academy of Design and the New York Academy. She studied at the Art Student’s League with Ron Sherr and Harvey Dinnerstein, and is a recipient of the prestigious Greenshield Award and numerous merit scholarships.

Her paintings have been shown at the Parish Museum in South Hampton, Rush, solo show at The Corridor , Lincoln Center, solo shows at the Forum Gallery in Frankfurt, Germany, and in numerous other solo and selected shows throughout the U.S. and Germany.

She has been a figurative painter for over 25 years.

She has worked with the US State Departments’ Art in Embassies Program.  Her paintings have been to several “art for life” events,  bringing art to underprivileged urban kids. Her work was featured in the Wall Street Journal. Her client list includes Mars (the candy company) and M&M’s has commissioned her several times for the Super Bowl events, commercials. Her clients include Jeep, the TV show “White Collar “ art for films  and the “Dan Zanes and Friends show .

She has worked with Spike Lee on an exhibition of paintings as well as on a public service announcement/commercial to commemorate Dr. Martin Luther King Jr. – for which Spike chose 30 of her paintings.

Sylvia Maier is a native of New York City and her work is very much influenced by her experiences of growing up biracial on the Upper Eastside of NYC.  She has been drawing since the age of 7.

Sylvia Maier lives with her family in Brooklyn, New York.